Vibrations and dynamics - The central corporate object of Geislinger GmbH is also reflected in the architecture of its company buildings. 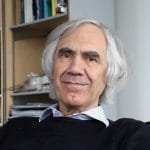 The architectural quality of a building is decisively influenced by its façade. However, building envelopes must not only be aesthetically pleasing, but also meet complex, technically functional requirements. With today’s short construction times, the high degree of prefabrication and thus a short construction time also plays a decisive role for us.
In decades of cooperation, we have come to appreciate the competence of DOMICO in this area, as well as their willingness to produce unusual constructions.

Geislinger GmbH is the market and innovation leader for torsional vibration dampers and torsionally flexible highly damping couplings for large engines. In order to consolidate the fibre composite production at one location, the Austrian location in Bad St. Leonhard in the Lavanttal was strongly expanded and the Gelsico competence centre was established.

With the expansion, the built-up area grew from approx. 19,500 to 24,000 m².
The existing halls D-E were extended to the north for the construction of the competence centre. Due to the natural course of the terrain – rising to the north – part of the hall volume is cut into the terrain. Lateral escape staircases lead into the open air.
The hall, which looks like a unit on the outside, is divided into 4 areas: embroidery area, laying area, plant area and storage area.
The areas are subdivided with free-standing partition walls (4 metres high), an intermediate level is introduced above the embroidery area. Fourteen large skylights (sheds) supply the interior with daylight.
On the east side, a 2-storey wing with office, staff and technical rooms has been added.

The façade plays with light and shadow.
The client demanded that the corporate identity of the company be reflected in the façade. The architectural firm Atelier Volkmar Burgstaller, which was commissioned, skilfully implemented this requirement with a ventilated metal façade from DOMICO.
The coated aluminium profiles reflect the technical character of the company through their coating with metallic effect in RAL9006 white aluminium. In order to express dynamics and vibration, the 800 mm wide and up to 11 m long profiles were laid vertically at an angle of 15 degrees. Alternating plane (Planum 32) and curved profiles (Swing) additionally create an interesting play of light and shadow and reinforce the impression of dynamism.