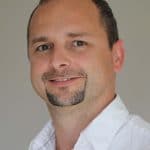 The new plant ensemble of Rosenberger Hochfrequenztechnik GmbH in Fridolfing proves that architecture, functionality and modern façade technology can also form a perfect combination in industrial construction. Around 11,000 m² of planum façade elements from DOMICO were used for the realization of the entire building complex.

Rosenberger is one of the world’s leading manufacturers of impedance-controlled and optical interconnect solutions in high-frequency, high-voltage and fiber optic technology. Rosenberger Hochfrequenztechnik GmbH & Co. KG with its main plant in Fridolfing/Germany was founded in 1958 and has been family-owned ever since. The large-scale plant ensemble at the headquarters consists of numerous administrative, production and logistics buildings. Due to significant increases in production, the construction of a new plant electroplating facility became essential. Instead of rebuilding or expanding the existing electroplating shop, the management opted for a completely new building in order to be prepared for the future in every respect. Since 2017, the new building with around 5,500 m² of usable space in this manufacturing area has not only ensured increased efficiency in production and logistics; in addition to the functionality of an industrial building, it also has a striking architecture. The striking new building is part of a consistent corporate architecture concept and fits into the existing site structure both visually and logistically. At the same time, it meets the increased occupational safety and environmental requirements.

The clear building design is characterized on the one hand by the contrasting color scheme, and on the other by the large louvers of the automatic sunshade system. Aesthetic-functional elements such as the silver-colored metal skin as well as the laterally arranged building gills particularly emphasize the technical character of the overall facility. The facades were designed with Planum elements from DOMICO as a rear-ventilated, thermally insulated metal as well as a large-scale post-and-beam construction with curtain-type cleaning balconies and a sun protection system integrated into them. The Planum façade system ensures the correct construction in terms of building physics. Since the thermal insulation and the facade cladding are arranged separately, moisture can be safely removed without causing damage to the building fabric. The flexible attachment of the curtain wall construction also allows the use of different insulation thicknesses. At the same time, it is possible to compensate for existing tolerances in the masonry, making the system ideal for use in the renovation of existing buildings.

In the direct vicinity of the electroplating shop and after only a short planning phase, another building was erected: the West Office. Thanks to a perfected expansion grid, it offers generous meeting and social areas in addition to 280 workstations on a total area of approx. 6,000 m². Despite the considerable building depth of 27 m, good lighting conditions prevail even in the core zones of the office, thanks to large glass facades and attractive atriums. The new building harmoniously complements the existing building landscape and speaks the same architectural language. Despite their size, the buildings in the ensemble do not appear bulky, but light and almost transparent. This effect is achieved by the color and facade design with DOMICO Planum® elements in shimmering metallic silver gray. In combination with the sunshade louvers, they form a unifying design element to the production hall for stamping technology and assembly. Here, too, the focus was on a floor plan that could be used as freely as possible. The new assembly center was to offer maximum space for the production machines and allow an efficient flow of materials. A versatile layout was particularly important in order to be able to react quickly to future production changes.

It’s all in the details

Every system is only as good as it is ultimately processed on the construction site. GAASS Florian GmbH from Grainet in Lower Bavaria, for example, is qualified to work with DOMICO systems. That this is so has been proven by master plumber Florian Gaass and his team since 2011 on various new buildings and extensions on the Rosenberger factory site. There, the company has laid more than 8,000 m² of DOMICO element roofs with a thermally insulated roof structure and Domitec profile sheets in addition to around 11,000 m² of flat facades during this time. “We see ourselves as a full-range supplier for roofs and façades and meet the challenges of the tinsmith, roofer and carpenter trades. Our goal is to efficiently harmonize design and functional requirements by using state-of-the-art systems and materials. In this regard, we greatly appreciate the cooperation with the manufacturer DOMICO. The precision, attention to detail and high level of production of the building elements enable us to always complete our construction projects on time,” says Florian Gaass. His team consists of 45 skilled workers, apprentices and master craftsmen in the fields of plumbing, roofing, carpentry and metal construction. With this, his company carries out projects of various sizes at a high standard of quality.